Linux’s biggest advantage is how it can be customized for every type of user. In fact, that’s what made it popular over the years. The Linux market size is predicted to reach $15.6 billion by the end of 2027, following an increase in development and coding usage.

Whether you need a really powerful OS, or one with most of the tools, here are some of the Linux distros you can use.

Ubuntu is one of the most used distros on the market and by far the most preferred OS by tech companies that use Linux. After all, it has a lot of tools available in its default repository. For example, newer versions of Ubuntu include Snap packages, making the installation of new software such as FFMPEG 4 quick. It’s arguably the best distro for LTS (Long Term Support) because of its big community.

If Ubuntu’s basic features aren’t enough, it has variants like Lubuntu or Xubuntu that may better meet your needs. While Lubuntu is a more lightweight version that brandishes a clean and easy-to-use interface, Xubuntu is a more customizable one that is considered as the community-maintained derivative of Ubuntu.

Before Ubuntu became the powerhouse that it is today, Debian GNU occupied the top spot. Known as the “universal operating system,” Debian offers a large library of software development packages aimed at stability. For example, it has acpitool-dbg for debugging and Synaptic for front-end UI. The biggest downside to using Debian is how you need to be an experienced coder to utilize most of its features, but that’s understandable considering how the project was initially launched 27 years ago.

Running multiple servers can be a bit hard on the CPU, so it’s often recommended that yours have many cores. However, what if it doesn’t and your old computer still works fine? What you need is a lightweight distro like Puppy Linux. It’s even equipped to run Linux PCB design software and other CAD applications, which involves a lot of 3D and MCAD integration. Due to the power needed to load the programs, they can be very taxing on a CPU. However, Puppy Linux’s OS is small enough to be contained in your computer’s RAM, leaving your CPU free to process all your applications.

Have you heard of Arch? It’s a distro that lets you customize your OS from the ground-up. You decide what desktop environment to use, what services you need, and other factors. It’s a top pick if you want to build a distro that’s fully tailored for you. However, it’s a pain to build.

Instead, look into Manjaro — an Arch-based distro for software engineers. You can still build it to your preference, but it’s also pre-shipped with tools that can help you compile and develop software. Since Manjaro is built to focus on user-friendliness and accessibility, the system itself is also made to work fully “straight out of the box.” This way, you won’t have to start with nothing. For instance, its installer already comes with IDEs like Qt Creator and KDevelop or libraries like libnoise and matplotlib.

Gentoo Linux is a distro built on the portage package management system, which can be challenging to install for those who are not familiar with the interface. But the initial struggle is worth it. It’s big on disk space (4GB for basic installation alone) but it’s also a very powerful distro that can run multiple heavy programs. It even has the capacity to run the most taxing Linux video editors and image manipulators, including those with automatic backups and keyframe assets.

Studio 3T and other software development processes should be no problem for it. What’s really great about Gentoo Linux is that it is built using the Portage package management system and has a locally compiled source code that can be optimized for specific types of computers.

Linux is a great platform for software engineers, especially those willing to customize the distros for their individual needs. But even for those that don’t, these five options should already work great at their default settings.

Take a look at our Linux archives for more articles on engineering, architecture, and anything Linux. 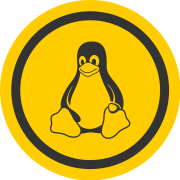